Suppached graduated in Biochemistry with 1st honor from Kasetsart University. During his last year of University, he had a chance to spend a couple weeks in France, and instilled in him a newfound appreciation for wine-making. He came back home with full inspiration and then the story began.

A year later, he was granted by European Union to pursue Master degree of Viticulture and Wine Making from Ecole Supérieur d’Agriculture D’Anger (France), Università Cattolica del Sacro Cuore (Italy) and Universidad Politécnica de Valencia (Spain). Prior to his return, he had a chance to work as an intern with Inter-Rhone in Southern France. He also worked in different winemaking areas such New Zealand Marlborough, French Languedoc and German Pfalz. 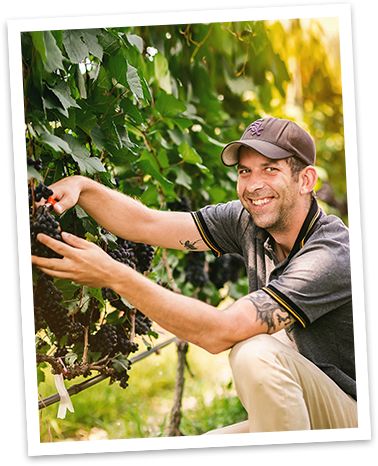 Mr. Jan Erik studied Viticulture & Oenology at Hochschule Rhein-Main - University of Applied Sciences in Germany. He has over a decade of viticulture experience in leading vineyards around the world. He used to work as a Vineyard Hand in Australia, a Cellar Hand in New Zealand as well as a Winemaker-Assistant in Germany.
Since 2015, Mr. Jan Erik Wild has joined Monsoon Valley viticulture team. He dedicates his time to research and development of tropical viticulture. Here he is responsible for the highest level of professionalism in viticulture as well as the best quality grapevine for the best wine quality in every bottle of Siam Winery's premium wines.

Back to our wines