Monsoon Valley Vineyard, the home of Siam Winery’s premier flagship brand, has announced an exciting new partnership with Thai Formula One driver, Alex Albon, as he joins the historic Williams Racing F1 team for the 2022 season.

This partnership unites two of Thailand’s most highly-respected and world-renowned exports: Monsoon Valley, which produces superior grapes and exceptional beverages, and Alex Albon, who has reached the pinnacle of racing in global motorsport. As a Brand Ambassador for Monsoon Valley, Alex will promote the company’s non-alcoholic beverages by displaying the Monsoon Valley logo prominently on his F1 racing helmet and overalls.

Alex became Thailand’s first F1 driver for 65 years when he made his debut for the Toro Rosso team in 2019. Having been promoted to the Red Bull Racing team, he then became the first Thai driver ever to achieve a podium finish when he came third at the 2020 Tuscan Grand Prix.

Having enjoyed a successful season in the DTM German touring car championship in 2021, winning a race at the iconic Nürburgring race track, he returns to F1 in 2022 to drive for Williams Racing, one of the most successful teams in the sport’s history. As a Williams driver, Alex follows in the footsteps of F1 legends such as Keke Rosberg, Nigel Mansell, Alain Prost, Damon Hill and Jacques Villeneuve, all of whom became World Champions with the team.

This new partnership, driven by passion and performance, comes as Monsoon Valley celebrates its 20th Anniversary as Thailand’s premier vineyard. This year’s F1 season commences with the Bahrain Grand Prix, which runs from 18-20 March 2022.

Khun Varit Yoovidhya, Assistant Managing Director of Siam Winery, said: “We are delighted to partner with Alex, one of Thailand’s most prominent sportsmen. Alex’s passion for continuous improvement and relentless pursuit of excellence are values that unite and inspire us to never give up, and his journey to the highest levels of motorsport has inspired Thai youths and athletes everywhere. As part of Siam Winery’s commitment to supporting Thailand’s motorsport ambitions, we are thrilled to have Alex onboard as a Brand Ambassador and for him to proudly display Monsoon Valley’s logo when he races on the global stage.”

Alex Albon commented: “It’s a real honour to be named as the Brand Ambassador of Monsoon Valley in its 20th Anniversary year. As a proud Thai, I feel deeply privileged to represent my country when I travel around the world. Every time I put on my helmet and step into the car, I am racing for Thailand. It feels fantastic to be able to support and promote Monsoon Valley, a home-grown world-class Thai brand. Racing in Formula 1 is a dream come true, and I hope that I can encourage even more Thai boys and girls to achieve their dreams in the future.”

Built on the site of a former elephant corral near Hua Hin, Monsoon Valley Vineyard produces a selection of world-class wines and non-alcoholic grape juices. Owned by Siam Winery, one of most successful and innovative Asian wine producers, Monsoon Valley has been continuously pushing the boundaries and elevating the standard of Thai beverage production for the last two decades. 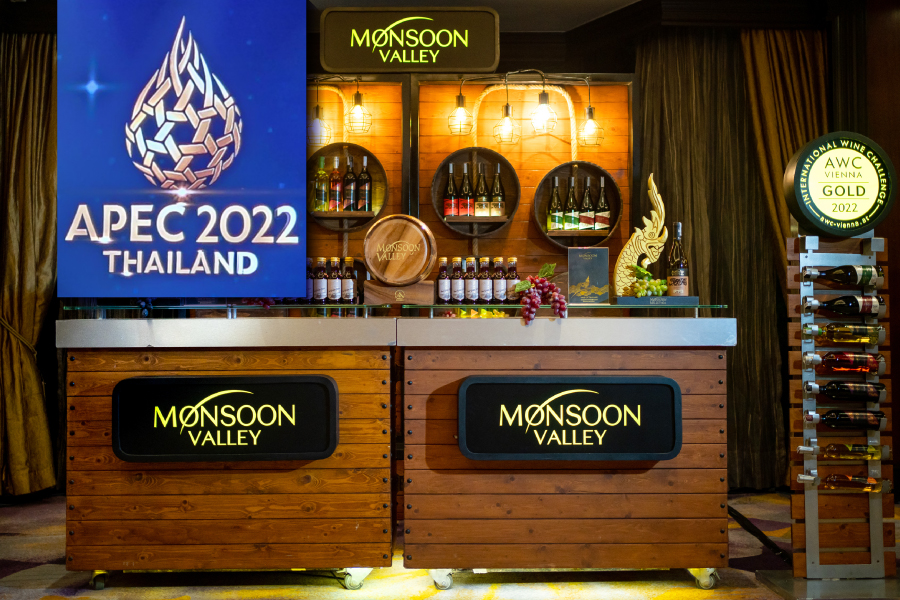 Previous: Monsoon Valley is proud to represent the best of Thailand at the APEC Finance Ministers Process 2022 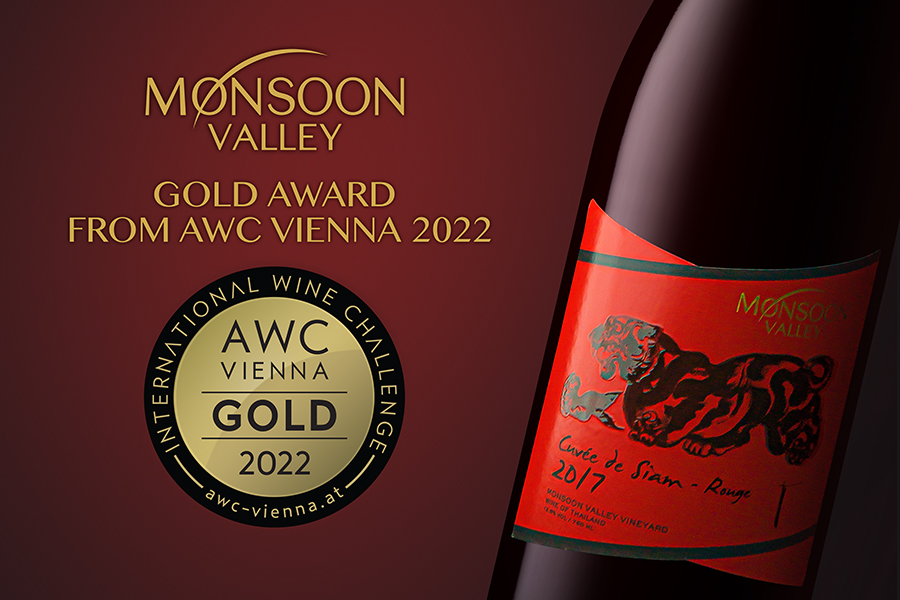 Next: Monsoon Valley proudly receives top honors at the 2023

Consent letter to collect, use and disclose personal data and utilization of cookies

“Personal data” means any information relating to a person, which enables the identification of such person, whether directly or indirectly.

“Data controller” means a person having the power and duties to make decisions regarding the collection, use, or disclosure of the personal Data

The personal data which is collected, used, or disclosed shall be used for business purposes or for commencing agreement and/or for marketing and public relation purposes such as name-surname, address, telephone number, e-mail, date of birth etc. This shall not include information of a juristic person.

1.2. For marketing and public relations
The data controller shall collect the personal data of the owner and shall use it to confirm the identity to access the owner’s account via online system. This is to analyze the marketing data to propose benefits to the owner of the data, to make enquiry about the data and after services opinion. This shall be in accordance with the related law or regulations.

2. Disclosing of personal data
The data controller shall disclose the personal data to meet the purpose as determined in no. 1 or as per the order of the court or the competent officers or officers in accordance with the law.

The data controller may reject or partially proceed as per the request in accordance with the law.

7. Cookies Policy
“Cookies” mean text files which are in the computer system belonging to the owner of the personal data. This is for the purpose of storing internet data activity and browsing history of the owner.

Advertising Cookies: Cookies for the advertisement is used to remember the history and type of the platform, to propose the products, services or advertisement which are related and in the interest of the owner. This is to assess the effectiveness of the advertisement campaigns.

7.3. Cookies setting
You can set up the setting and deny the cookies for your browser. You may refer to this link.

I have read and understood the terms and conditions set forth in this letter and hereby agrees to let the data controller to collect, use and disclose my personal data in accordance with this letter.